Well…..its been a while since you’ve heard anything from me and for that I am really sorry. I’ve had some major events, both personal and professional, happen lately that really required some focus. I do owe you guys a major updated so here we go…

As you already know I decided to try Keto a few months ago and I fell in love with the lifestyle. After following this way of eating strictly, I’ve continued to see the weight just melt right off. Now so many people have told me….”Jen that isn’t healthy” or “Jen Keto is going to give you a heart attack from all the fat”. Let me tell you guys that I have never felt better. My migraines are pretty much non-existent, I’m less bloated, I have way more energy then I use to and overall I feel GREAT! I’ve had my fair share of cheat meals which are full of carbs and after each of those meals….I feel bloated, sluggish and just plain gross. So why would I continue to eat those things that make me feel so bad? End of rant! So with sticking to Keto and working out religiously I kept seeing the number on the scale go down until one day when I hit the dreaded plateau. I did everything I could think of to break it and nothing for about a month…..I didn’t lose a single once. So after plenty of research and reaching out to a few friends for help I figured out my problem. I wasn’t consuming enough water and I was working out TOO hard. Yes that is a thing! I found out that killing myself in the gym for 2 hours 5 times a week was keeping me from losing the weight I wanted to because of cortisol. I found out that my body was creating all of this cortisol that refused to let my body lose any weight. So by increasing my water intake from approximately 80 ounces to 120 ounces every day and by doing minor cardio and weight training, I broke that pesky plateau. I lost 8 lbs that week and as of today I’ve lost a total of 85 lbs. Yes you read that right 85 LBS!!! That my friends is an amazing accomplishment that I am extremely proud of. I weight less today than I did on my wedding day! Not only has this really made me feel great about myself but to see how everyone reacts to me now and sees the progress I have made…..its inspirational. I’ve actually inspired a few of my family and friends to start eating healthier. I have no plans of stopping now even though I’ve exceeded my goal weight per the fertility doctors orders. I see another goal that needs to be exceeded!

So this brings me to the fertility update. So since I hit my goal weight, I went back to the doctor and we started the process of our first IUI which consisted of getting authorized with the insurance company and redoing some of our routine blood work which is pretty standard. So in late August, we started taking Letrozole which is like Clomid in that it induces ovulation which many women with PCOS do not do on their own. So I took 2.5mg of Letrozole for 5 days and went back on day 12 of my cycle for bloodwork and ultrasound. The ultrasound tech measured 7 follicles at this appointment. One at 15 mm, One at 12 mm and five at 9 mm. All was good news as I apparently was responding well to the letrozole. So I had to go back in 2 days later for more bloodwork and ultrasound. On this appointment, the 15mm follicle had disappeared. WHAT….HOW…..WHY??? According to the doctor it appeared to have been a cyst which means there was no egg inside but I still had 6 follicles that were all measuring well. One at 13 mm, and 5 at 11mm. They did explain to me that having to many would mean that we may have to cancel and restart but they wanted to first continue monitoring to see if the 13 grew and the others stayed the same or got smaller. One my third visit, which was 2 days later, all of my follicles were smaller. I was really devastated. I wasn’t sure why my body wasn’t cooperating and I thought I was doing something wrong. My doctor then decided to prescribe me Follistim or what is common called a FSH (Folicle-Stimulating Hormone) to help my follicles grow. So my wonderful and supportive hubby said that he would administer the injections because I’m so fearful of needles that I just wouldn’t be able to do it myself. So after 2 days of injections, I went back in for more bloodwork and another ultrasound. Ultrasound revealed a little growth with one follicle at 15 mm, one at 12 mm and 4 at 11mm. My estrogen levels had spiked up in the 800 range after adding the follistim. So I continued with the Follistim for two more days at a reduced dosage. Went back in for more blood work and another ultrasound. No more 15mm follicle and no additional growth on the others. My doctor called me personally instead of the nurse to break the news to me that my estrogen levels spiked again to around 1200 and with no follicle growth and too many follicles, it was no longer safe to continue with this attempt of an IUI. I just knew this was coming so I had braced myself for this impact but it still hurt. You can prepare yourself for just about anything but when you actually hear the bad news it still hits you like a ton of bricks. I had my hopes set to high that I just set myself up for disappointment. In all reality was I really going to get pregnant on the first IUI attempt…..probably not but it would have been pretty awesome if I did. So my doctor proscribed me provera to help me induce a menstrual cycle so that we could try this again. I told myself that this first attempt was my test run. Now my doctor knows how my body is reacting to the medications he has prescribed and can make the adjustments needed for the first “real” attempt.

So that brings us to the last two weeks of my life. Day three of my cycle, I went in for my baseline blood work and ultrasound for the “real” attempt. Everything came back great estrogen levels went back down to a normal range and I got the go head to start the Letrozole again. Doctor increased my dosage to 5 mg for 5 days and I got in on Thursday October 11th for another round of bloodwork and ultrasound. I’m praying that my doctor has figured out the correct cocktail to get my ovaries to produce the best damn follicles they can and that one or two of them mature to the 18mm mark they need to so that we can really give this a try. I hate to ask this of my readers but I could really use some positive vibes and some prayers over the next few days. I have waited so long to become a mom and I feel in my bones that my time is coming very soon. So here is to being positive and hopeful that this is my time.

I will also try to post more updates as they happen to avoid novel length posts like this in the future. Until next time….

3 thoughts on “Life and Fertility Update” 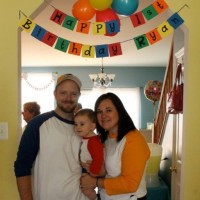